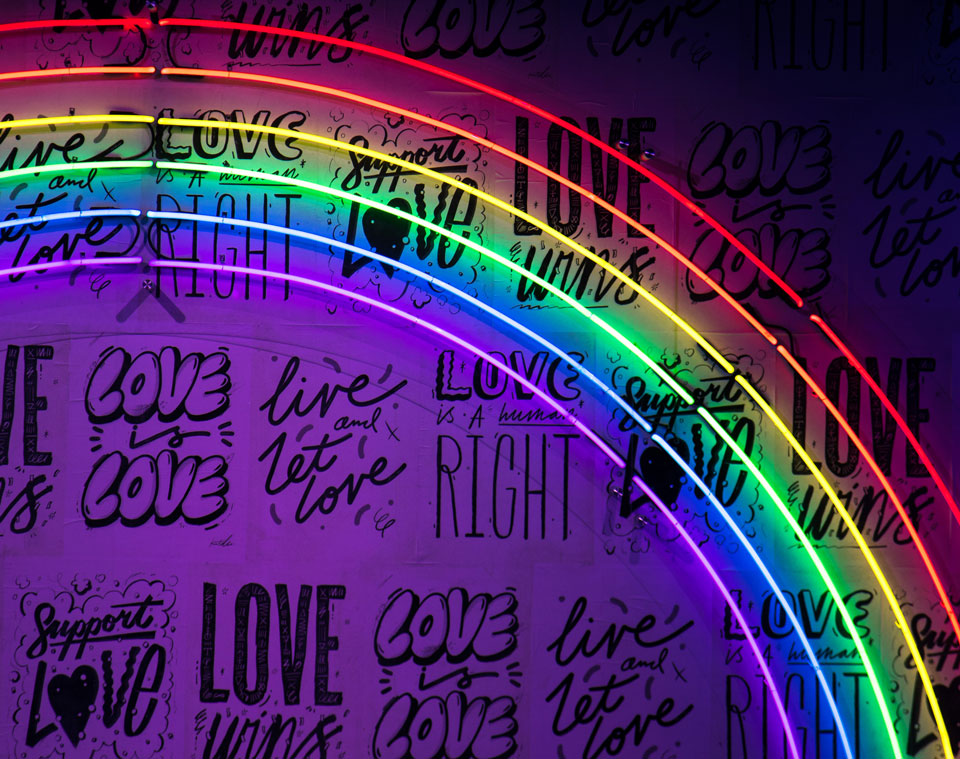 As we approach the start of LGBT Pride month on 1st June, our PR Consultant, Rhiannon Sager, looks back over the growth of marketing to the LGBT community. She also explains the benefits of embracing this rapidly growing marketing segment, as well as highlighting the brands responsible for some of the most game-changing LGBT campaigns.

Marketing campaigns representing the LGBT community were first seen back in the 90s. A token number of forward-thinking brands, such as Ikea and Suburu, created campaigns that featured same-sex couples. However, these were few and far between and most brands wouldn’t dare associate themselves with the rainbow flag for fear of alienating the rest of their audience.

Fast forward to 2010, and the landmark passing of the Equality Act providing legal protection for the LGBT community against any form of discrimination. Yet, despite this legal victory and the huge growth of the LGBT community, there was still little evidence of attitudinal change within the marketing community and surprisingly few brands representing the LGBT community in their advertising for the first few years after the act was passed.

This slow uptake by brands in marketing to the LGBT community was most likely driven by agencies, unsure of how best to market to this community and fear of getting it wrong, playing it safe and avoiding it altogether. This was possibly exacerbated by the huge rise of social media providing an open and unregulated platform for expressing LGBT views and opinions and therefore the potential to vilify any brand hitting the wrong mark with its messaging.

In 2016, Lloyds Bank launched its ‘For Your Next Step’ campaign – a mainstream marketing campaign with a TV ad showing a sentimental proposal between a male same-sex couple. It sparked a huge wave of positive feedback and most importantly, got the backing of Stonewall, a gay rights charity, who named the brand no2 top LGBT employer in 2016 for their efforts to be more inclusive.

Another step-changing LGBT campaign was the high-profile Google Android, 2015 ‘Android and Proud’ campaign. Google released a short video for Android featuring cartoons of famous LGBT people and allies dancing together in pride-themed outfits at a parade. These included Conchita, Tom Daley, Kylie Minogue and more with their names popping up followed by “and proud”. Users could “join” the parade by creating an Android character of themselves. Some of the characters were put up on the floats at official Pride celebrations, creating huge positive talkability for the brand.

While more and more brands have started to embrace the LGBT community into their advertising, which, in turn, has encouraged others to follow suit, at the same time there has also been a huge shift in society attitude. Many sportspeople and actors have openly declared their sexuality and, as a result, this has made it become more accepted. At the forefront of this has been the emergence of a generation of millennials who are more progressive in terms of supporting gay rights than any previous generations. Critically, this means marketeers can cater to the niche LGBT community without risk of alienating its more traditional target audience.

In order to have the most success and form a long-lasting relationship with consumers, campaigns must be authentic and not just a token gesture. Brands wishing to target the LGBT audience need to incorporate them into the overall marketing strategy rather than pay lip service with a burst of activity during Pride month then ignoring them for the rest of the year. Examples of brands which have run initiatives solely around Pride events include Burger King’s Proud Whopper and the Rainbow Google Doodle.

The advertising industry must ensure that brands trying to court new consumers are not just exploiting new and emerging markets but that they really understand their experiences. There is a lot of talk around diversity, but is it happening to keep up with the times or to celebrate inclusivity? Modern consumers are extremely savvy and if they feel a campaign is insincere, they will avoid the brand.

It is hugely encouraging that some brands are attempting to form genuine long-lasting relationships with the LGBT community and there have been massive advances in representing the community. However, there is still a way to go. The media appears to favour displaying two (usually attractive) gay men in a perfect setting with little representation of the lesbian, bisexual and transsexual community in any mainstream, marketing campaigns.

Ultimately, to avoid calling on outdated stereotypes, brands must recognise the many differences and nuances between sexual orientation and gender identity. These need to be explored more within advertising, targeting the LGBT community with more diverse representation. Things are slowly changing. Last year Uniqlo, a brand already known for embracing diversity featured a trans-activist Mumroe Bergdorf in one of its campaigns and this year, beauty brand Dove included a trans mum in its new #Realmums motherhood campaign.

Studies are showing that young consumers do not wish to be labelled and put in gender boxes and are in fact very encouraging of a more accepting society. Media and advertising play a critical role in educating and driving equality and social acceptance. Therefore, it is vital to be aware of the wider message portrayed in communications, and the impact this may have on the intended target audience.