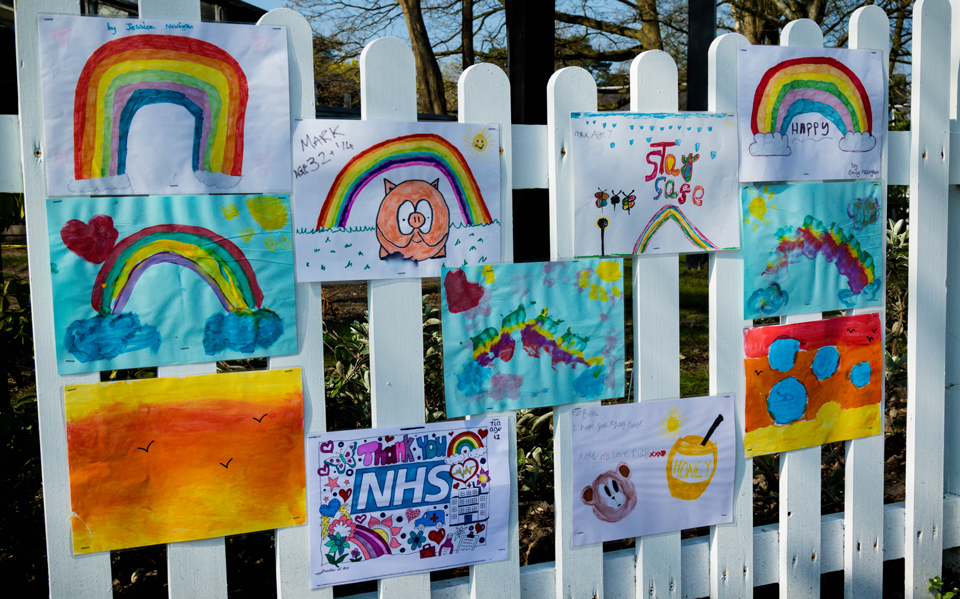 Last week, we heard that Captain Tom is to be knighted for his fundraising efforts that have now exceeded a total of £32M. The war veteran initially set out to raise £1K for the NHS by walking 100 laps of his garden before his 100th birthday in April. The Prime Minister nominated Captain Moore for the honour and said that he had provided the Nation with “a beacon of light through the fog of coronavirus”.

Soon-to-be Sir Tom helped to lift spirits through his incredible challenge, uniting political parties, public figures and communities in shared support of his achievement and of the key workers he was helping.

As a team, we have been humbled to see so many similar acts of selfless and collective kindness during the pandemic. Whilst these endeavours might not make the headlines, they are a powerful reminder of what community spirit can achieve when faced with adversity.

For me, Louis Bell’s 100k in 10days caught my attention. Having known Louis since he was at nursery, it was incredible to watch him take on such a gruelling challenge. The 11-year old from St Bede’s School, Redhill ran 10K on ten consecutive days to raise funds for local NHS charity, SASH With temperatures soaring, Louis finished the amazing feat alongside his Dad and Uncle in Priory Park on Tuesday morning and has raised over £2k so far (his original target was £500). On completing his challenge, Louis said:

"I was over the moon, especially because my grandparents and aunt have worked for the NHS. I am really happy that I've raised the money for a good cause."

He has now set his sights on a running 15K followed by a half marathon before he’s 15 years old, with the ultimate dream of completing a full marathon. His determination to succeed and unwavering belief that his fundraising efforts can make a real difference is a true inspiration to us all! Louis’ Just Giving page is still open and you can donate here. 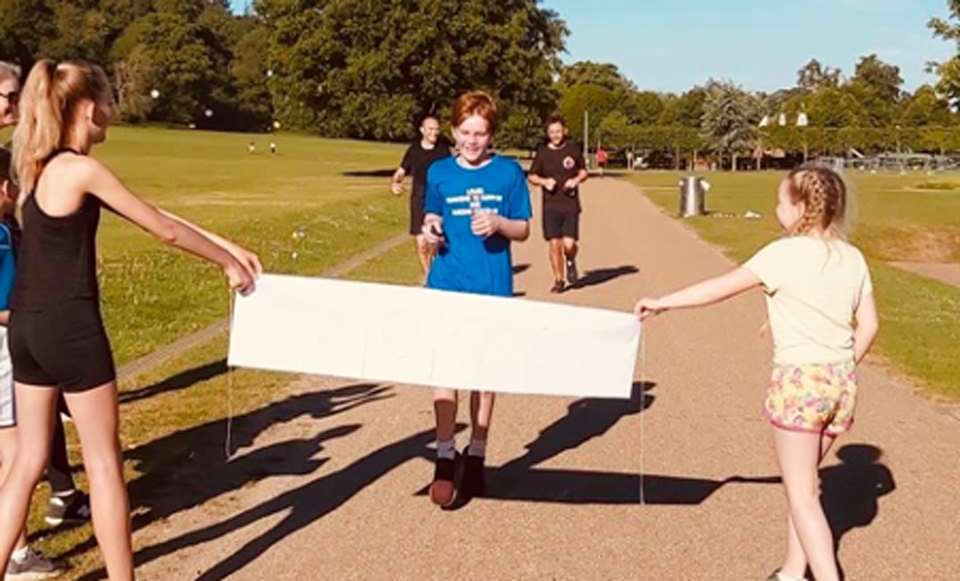 
I asked other members of our team what has stood out for them:

Sue has been watching the response from schools across the country. Aside from continuing to teach the children of key workers, safe-guard vulnerable children and set and mark lessons for home schooling, school communities across the country have come together to support the COVID response efforts. Locally, pupils and teachers at The Royal Albert & Alexandra School, Dunottar and The Hawthorns, amongst many others, have joined forces to make PPE equipment for NHS staff. Last week, St Bede’s School hosted a drive-through food bank to support those in need.

Sue says: “I have always valued and admired teachers, yet since Home Learning began at the end of March, this respect has reached a whole new level! Schools are under such huge pressures at the moment, so to see the additional efforts made across the region to reach out and help support the community has been amazing.” 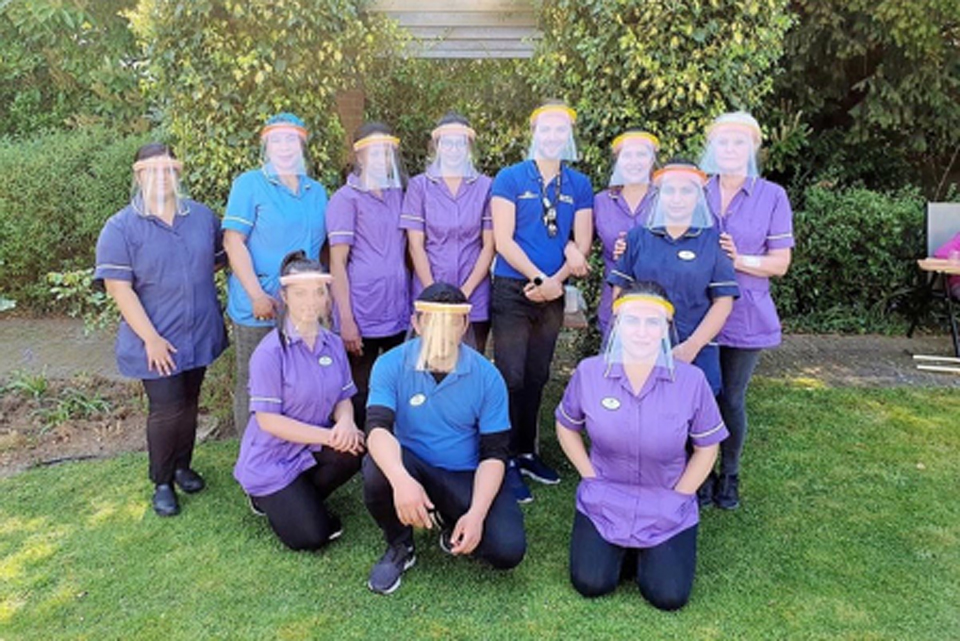 Becca tells us about a friend’s mother who has been making scrubs for the NHS. The group from Oxted, Caterham and the surrounding areas are giving their time and sewing skills for free to provide the much-needed PPE clothing for hospitals, GP surgeries and other key workers locally. They are asking for donations in order to buy the fabric required. Here is their Go Fund Me page.

Becca says: “This charity really encapsulated community spirit for me, a lot of people are really doing everything they can to help in these difficult times”. 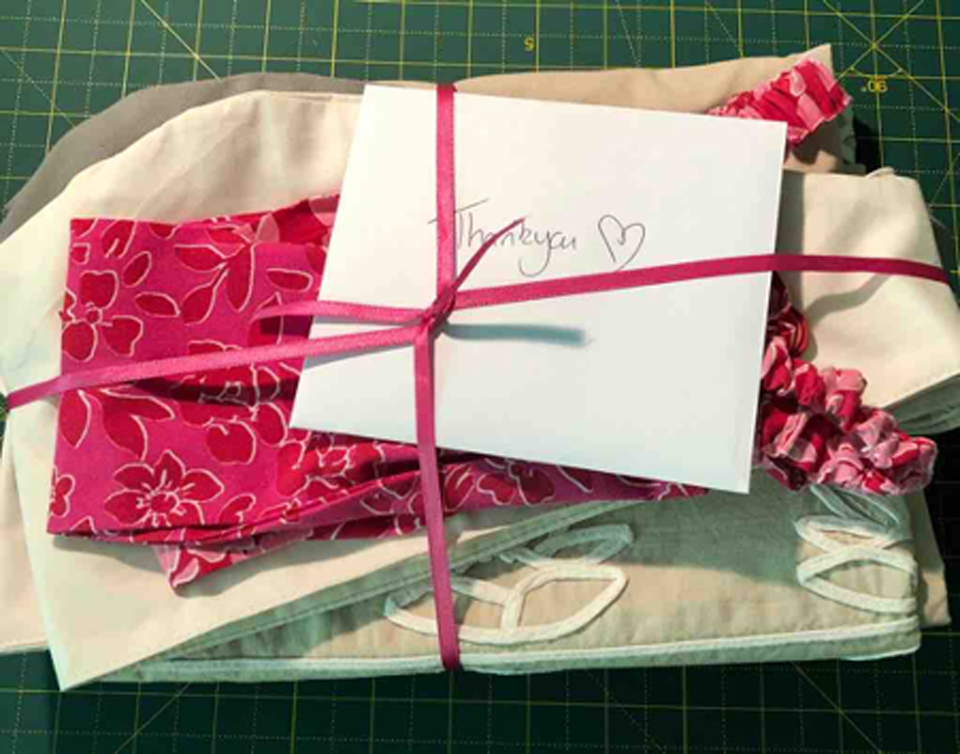 The sewing group has supplied 171 sets of scrubs along with hundreds of scrub bags, hats and ear savers to surgeries, hospitals and care homes

Leona Harris stood out for Penny. Leona is a nurse from Bury who raised circa £30k in under a week to buy iPads for patients so that they could see friends and family. Penny says:

“I think we are all disturbed by the fact that people are dying in hospital without their loved ones and we are also unclear how damaging that isolation can be so great that she decided to do something to help and reconnect families, who knows the impact that has on their recovery.” 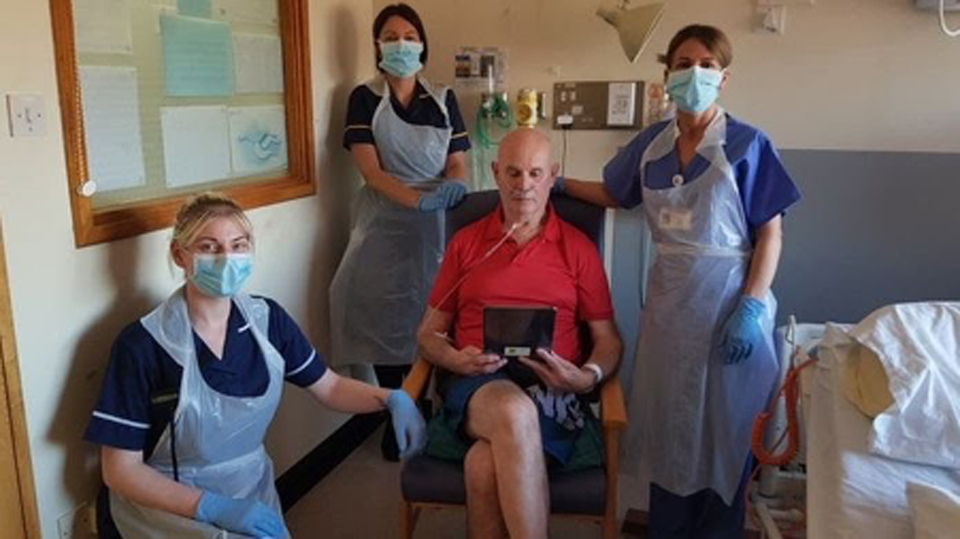 Leona raises money for iPads to connect loved ones in Bury

In Leicestershire Sally’s friends, the Linnett family are making PPE equipment using 3D printers. When his GCSEs were cancelled, George knew that he wanted to do something to help. Several family members work for the NHS so they knew first-hand the concern over the lack of PPE and the importance of it. Their Grandma bought them a 3D printer and the 4 Linnett children set up a production line making protective shields. To make them at scale, they realised they needed to raise money to buy more materials and they launched a Just Giving campaign. You can donate here.

Their first batch of PPE was delivered to their Uncle Ben, who is a doctor and their face shields are now being used in Leicester General Hospital and across the NHS in the area.

Sally says: "It has been inspiring to see how children, who are either in school or have access to 3D printers at home have set to work on making PPE such as the face guards, to help with the effort". 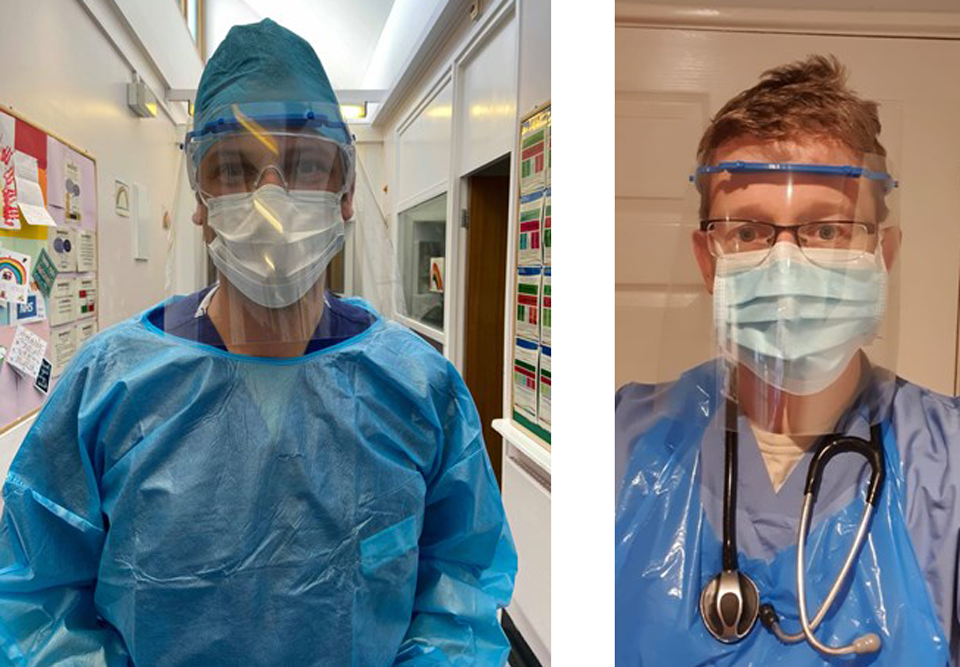 There are so many inspirational acts locally, nationally and globally that we could mention here. I am sure that individuals, families and communities will continue to support frontline workers and those that are vulnerable during this time over the coming weeks and months through similar projects. As we all simplify our lives through enforced lockdown and social distancing, it has been enlightening to watch communities rediscover each other and muster up that wartime can-do spirit, which Sir Captain Tom Moore embodies so perfectly.

Do you have a local community story that you would like to share? Get in touch with our team, we’d love to hear from you.