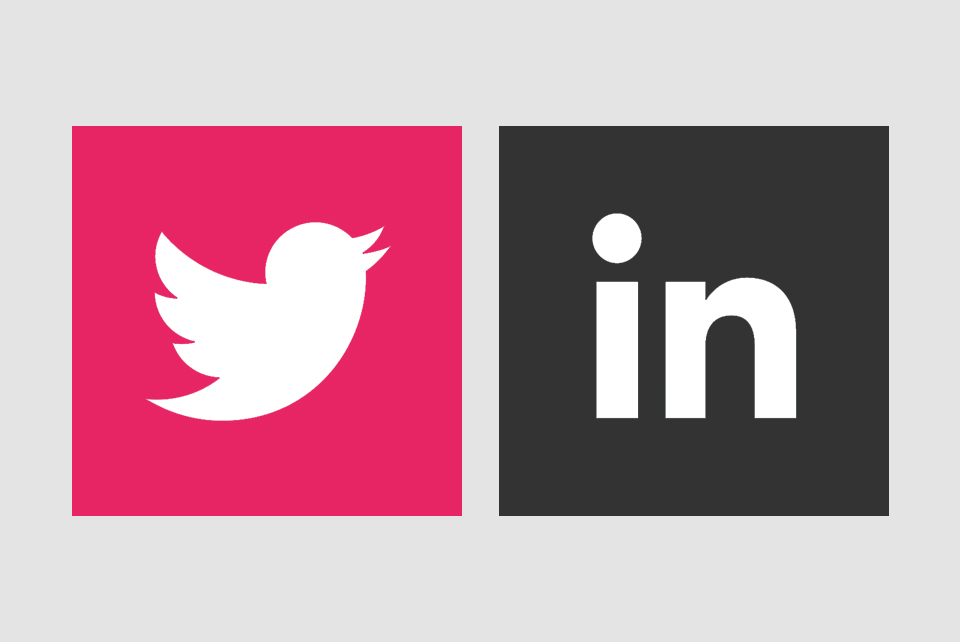 Latest stats* show that there are now 3.5 million active users of social media globally, accounting for approximately 46% of the population worldwide. The reach of social media is unprecedented and continues to grow year on year. It is no surprise, then, that each platform makes regular updates and tweaks to their product offering.

This week, we take a closer look at some of the most recent changes, how they affect your business pages and how they will impact your social media marketing activity in a two-part blog.

We start with Twitter’s desktop facelift and LinkedIn’s drive to increase engagement levels and improve audience targeting on their Campaign Manager advertising platform:

Twitter introduced a new look webpage last month as the platform continues in its efforts to combat poor user growth. The updates are designed with the user in mind, in fact many of the changes have been driven by customer feedback following a series of tests carried out over the last year. A new menu now sits prominently on the left-hand side of the homepage to improve navigation and functionality.

Other major changes to the desktop interface include:

Introducing the Explore function to desktop

Following in the footsteps of other social media channels, the explore function is moved frontline and allows Twitter to serve users relevant content based on their preferences.

Profiles are no longer visible on the homepage

The profile section now forms part of the menu and must be clicked-through to show number of followers and profile details. Moments have also been downgraded to the ‘more’ section on the menu.

Direct messages section has been expanded

You can now see your conversations and send a message without having to open a new screen.

Microsoft-owned LinkedIn has been fine-tuning its advertising platform throughout this year, focusing on how businesses can better target their audiences. With over 645M business professionals on the platform in more than 200 countries worldwide, LinkedIn has recognised the need to maximise the potential revenue stream through advertising. Leading by example and running a series of targeted ads on LinkedIn, the social media giant claims you can ‘reach 26M+ professionals in the UK with LinkedIn ads’

Updates to Campaign Manager include:

Businesses can target potential customers by using lookalike audiences. These are selected by LinkedIn by looking at existing customers, website visits and previously targeted accounts. LinkedIn recommends testing new audiences and provides a forecast of results before launching a campaign.

LinkedIn introduced interest targeting at the beginning of 2019, based on the topics and content that members engage with. More recently, LinkedIn combined this functionality with search data from Microsoft’s search engine Bing, giving a further level of detailed targeting.

LinkedIn have provided over 20 pre-defined B2B audiences which can be added to a campaign with a single click.

Ads tabs show adverts and sponsored content that have run over the last 6 months on a company profile. As we’ve seen on other social media platforms and in light of privacy scandals and GDPR, the aim here is to increase transparency in all advertising activity. It also gives businesses the opportunity to review competitors’ campaigns!

More LinkedIn updates include the introduction of emoji-style reactions deemed suitable for the type of conversation held on the platform, including an ‘insightful’ light-bulb and ‘curious’ pondering emoji face, alongside the more commonly recognised ‘love’ heart, ‘celebrate’ clapping hands and ‘like’ thumbs-up. The move has helped to boost engagement levels with on-platform sessions rising by 24%, according to Microsoft’s most recent quarterly report.

Changes to the LinkedIn algorithm continue to favour quality content that drives genuine engagement over and above a stream of excessive postings.

LinkedIn is also in the process of trialling live video streaming.

These changes are good news for business, particularly with the continued improvements introduced to audience targeting on LinkedIn which has historically always been a little ‘clunky’ when compared with competitor offerings.

Stay tuned! In our next instalment, we delve deeper into the updates at Facebook and Instagram this year and what this means for your business’ social media marketing.

Get in touch with our team if you would like to see how social media marketing can work for your business.