Using Social Media as a Force for Good 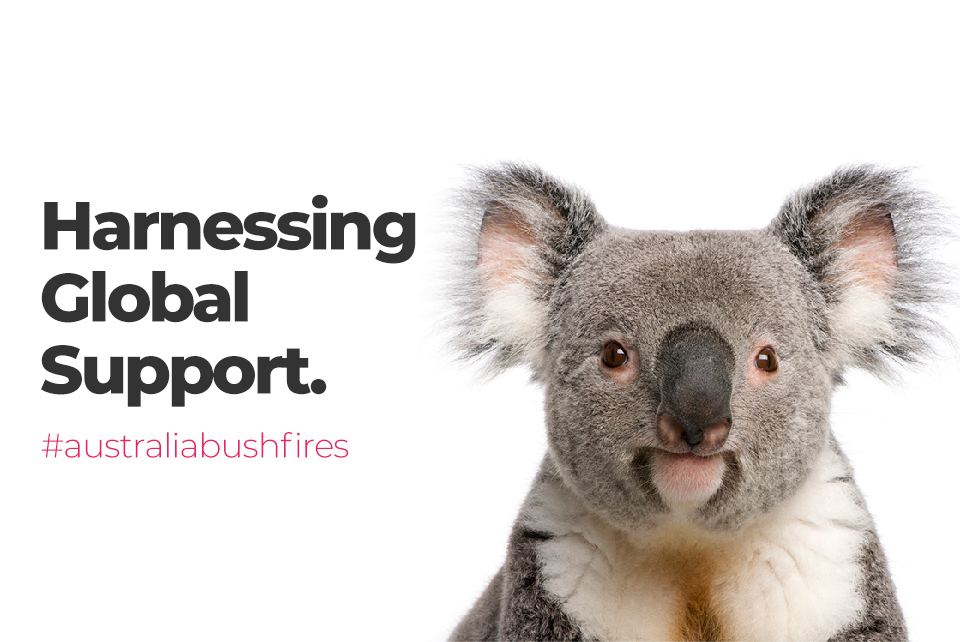 For weeks now, the devasting bushfires in Australia have been constantly on my mind. Homes and lives devastated. 28 families have lost their loved ones. An estimated 1 billion animals have been lost and countless more displaced, their habitats destroyed along with 15.6 million acres of bushland, parks and forest. You can’t help but feel truly helpless in the face of such catastrophe, especially from half-way across the world.

It was in the first week of January that I started to hear about Celeste Barber’s social fundraising campaign Celeste is an Australian comedian, well known for her Instagram account parodying heavily stylised celebrity images. Frightened for her family in New South Wales and devasted at the growing impact of the fires, she set up a fundraising campaign on Facebook with an initial target of $30,000 AUD (c. £16,000). By posting live stories and sharing her family’s emotions and fears, she gave the world a first-hand insight into the raw and frightening impact the fires are having on the local people and wildlife.

People started to share her story via social media and her campaign spread across the world. I watched as the fundraiser ticked over $6 million, $10 million, $20 million AUD, as people desperate to help in some way took advantage of the outlet she had created and gave what they could. As of 14th January, she had raised a staggering $50 million AUD (c. £26.5m).

Although this was unique in the incredible amount of money raised, it was one of many stories of courage and hope that started to emerge on social media. Through all the heartache, people took solace in sharing stories of bravery and courage; local people rescuing wildlife, people helping residents to safety, setting up donation stations and sharing lists of the most needed items. One of my favourite anecdotal stories was of the man who had rescued a kangaroo, 2 koalas and a bat which were now living in his kitchen, while he headed back out to search for more survivors. And the amazing woman who has spent her life rehabilitating kangaroos and releasing them back into the wild from the back of her property. One morning during the fires, she awoke to find that 49 kangaroos had appeared in her back yard. Some of whom she recognised, and some who had followed those ‘in the know’ back to the safety of her house.

I hope that these acts of human kindness and bravery together with the collective generosity of the global community who donated, give hope to the people on the ground living through and fighting these fires, and to those left picking up the pieces of their lives.

It’s heartening to feel that social media has been used for something positive – in allowing people to share fundraising outlets and to champion stories of those on the ground, the firefighters, the relief workers and regular people working together – in a world where it is often the cause of much negativity.

The crisis Australia is facing is far from over. If you would like to donate, you can find information on how to do this here.