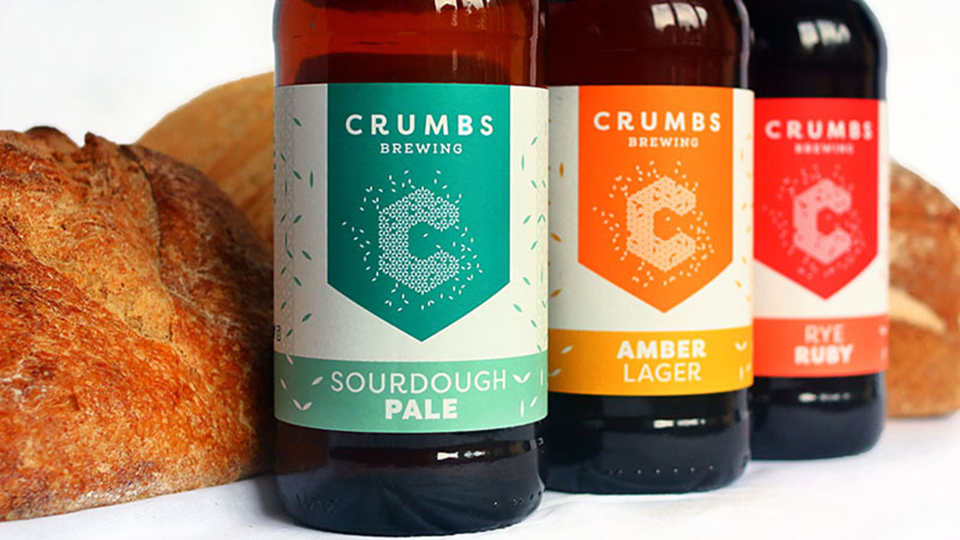 We talk to Morgan, Chief Crumber at Crumbs Brewing, about the business of repurposing left-overs and his plans to make Reigate a ‘Beer Destination’.

Continuing our series of blogs focusing on local businesses, Your Marketing Team recently met with Morgan to reflect on Crumbs Brewing’s first year in business.

Crumbs Brewing, based in Reigate, Surrey, produced their first brew in May last year. The Amber Lager is made with left-over Surrey Bloomer loaves from Chalk Hills Bakery, another independent business based in Reigate. The first run of six-thousand bottles of Amber surpassed all their expectations and sold out within eight weeks!

We wanted to find out more about this local success story. Here’s what Morgan had to say:

Beccy: What is your background in business and how has this led you to the world of brewing?

I spent 15 years working for FMCG’s in Market Insight and Research. Learning how to interpret customer behaviour and how to use this information to drive a company’s proposition and product innovation. I now have my own business, InsightOut Consulting, where I still work with a varied mix of organisations to help them unlock the potential of their business.

My lightbulb moment came when I was consulting for SAB Miller Brewery on developing new brands. I was sitting in Chalk Hills Bakery (Reigate) and watching Owners Rosie and Chris creating their artisan bread with such expertise and care. And yet, so much of this bread had to be discarded at the end of the day! There had to be some way of repurposing that waste?

Beccy: How did you discover you can create a beer out of left-over bread?

Making beer from left-over bread is not a new concept. In fact, it’s been around since the Egyptians! More recently, the Belgians have developed several beers using this method and Toast, a London-based Brewer, were founded by a food waste organisation to produce beers from left-overs on a large scale from all types of bakers and sandwich shops.

Beccy: And how did you develop this concept into the Crumbs brand?

Developing a brand is my day job. I had a clear idea of what I wanted the brand to stand for. 45% of all breads in the UK goes to waste. I wanted to make the bread the hero in our products. This became our USP – the style and flavour of the loaves we use should come through in the style and flavour of the beer. Our Amber Lager, our first beer, is brewed using Chalk Hills’ most popular everyday loaf, the Surrey Bloomer, so the beer was purposely brewed to be a bit of a lager/ ale hybrid that we hoped this would have a wide appeal.

Beccy: Do you take an active role in brewing the beer?

Absolutely from the crumbing to the brew! Crumbing is probably something we should outsource at some point, but its strangely enjoyable. Elaine, my wife and Crumb Counter (Crumbs Financial Controller), and I crumb the bread in a machine at the main bakery. Each brew requires 150kg of bread. We have rescued just over a three-quarter ton of left-over bread from Chalk Hills, which has made 30,000 bottles of beer!

The brewing itself requires a bespoke service, both in terms of scale and process, but we make sure we’re heavily involved – it’s a great way to learn! A brewery on the Isle of Wight, where I grew up, were happy to become part of our venture and support us with bottling our current brews.

Beccy: After such a successful first year, where do you see the future lies for Crumbs Brewing?

We believe our success so far is down to the support of the local community in Reigate. We distribute Crumbs Beer solely to local independent stockists, such as Priory Farm, The Vineking, Four Hops and Chalk Hills Bakery. These local retailers have really embraced our idea which has helped our brand to grow organically, largely by word of mouth.

In September last year, and with the help of local Dad Adria, our Crumb Spreader (Marketing Manager), we launched a Crowdfunding initiative to grow our product range. We had over 200 supporters, of which 90% were local residents, and raised £15,000. This enabled us to brew two new beers in time for Christmas gifting – a Pale Ale using Chalk Hills’ zesty sourdough bread and a Ruby Beer made from their dark, complex rye bread.

Now we are happy with our product range, we need to focus on scale. We want to sell ‘on trade’ into bars and pubs and are looking at effective ways to keg our beer. In the short term, we’d like to expand what we are doing locally. In time, we will investigate the possibility of re-applying this model to other locations.

Ultimately, we’d like to make Reigate a ‘Beer Destination’. There is great activity in Reigate currently, with Four Hops, The Vineking, new owners at Pilgrims Brewery (who we hope will help us brew new beers in the future) and various pop-up events which we can support but also help to drive forward, keeping a truly local authenticity to our business.

We’d also like to take our concept beyond beer. Our vision is to become known for repurposing left-overs. The starches in bread could be used to make any alcohol – why not look at gin and vodka? The possibilities are endless and very exciting!

Beccy: Thanks for taking the time to meet with us and more importantly, for our selection of Crumbs beer which we’ll be enjoying this weekend!